Please support your local art gallery and thank you to XYZ Art Gallery, Gray Gallery & Gallery Appalachia here in the New River Valley of VA for so many music events for our band and personal art exhibits since 1993/2013
@xyzartgallery
@graygalleryva @galleryappal

Posted by Studio Appalachia at 3:30 PM No comments:

My creative process with Spectral Arts involves listening to what is being played, spoken, or sung by the group. Then, while listening to the musical accompaniment options that come alive in my head, determining what to play or "channel" within the mix. This usually becomes a bass line that helps the music take off, land, or groove around the melody.
- Soupbone
https://www.facebook.com/SoupboneMusic
Posted by Studio Appalachia at 2:27 PM No comments:

I remember one early session Doug Eagle V. (our drummer) and I had in his family house back in 1994, we were still searching for a sound and had not started to work with Eric L. yet on what would become The Spiritworld and later Spectral Arts. I began to sing my poems in a way that emulated popular and angst driven vocalists at the time from bands like Nine Inch Nails and Nirvana and Doug said simply “man, don’t sing like that”, it was clear, direct and what I needed to hear at the time and most likely saved me from decades of trying to create music that was not really who I was for the sake of it being more popular. I never forgot that one afternoon in the practice space and I never returned to trying to sing like I had ripped my heart out and was watching it beat in my own hands. We needed to find out what worked for our own artistic sensibilities and not base our music on what people expected it should be at the time.

Posted by Studio Appalachia at 9:39 AM No comments:

My process playing in a band is pretty simple. Usually it starts with a member starting to play something. Listening to the others is very important. I usually don't have a certain beat on the drums in mind when we start jamming. I flow off the other musicians. I feel like I play better when I think less about it. It feels very zen.

Posted by Studio Appalachia at 3:30 PM No comments: 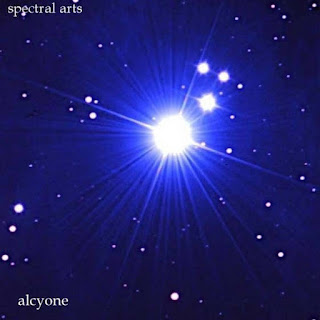 Posted by Studio Appalachia at 12:35 PM No comments:

Before our chat today we had a brief (20 minute) presentation from the studio of Spectral Arts. T Byron Kelly read poetry including Blake's Tyger. My screen shot was not wonderful so I allowed myself this fantasia which I somehow like and hope Byron may, reading with guitar...
here from his amazon book site is his self portrait
https://images-na.ssl-images-amazon.com/.../41pzdHGMX5L...
The chat which went for an hour and more following engaged the work of Spectral Arts.
https://www.studioappalachia.com/spectral-arts-band.html
Based in Blacksburg Virginia this is a multifaceted working over the years in the arts music, painting , poetry, which draws on the Appalachian Mountain region and its rich heritage of lives well and deeply lived and of art and yet which is little considered in these terms and when thought of ,seen too often instead in stereotyples as a land of hillbillys and rednecks(a pejorative term now for ignorant hicks but Byron observes originally from the bandanas worn by mine workers fighting for their rights in the early 20th century) As a Christian artist Byron (and the Arts) have also avoided stereotypes in their material... and the whole work in its conception and aspiration and developing achievement seems to me rich and deep indeed , we are honored by their collaboration.
In what distant deeps or skies.
Burnt the fire of thine eyes?
On what wings dare he aspire?
What the hand, dare seize the fire?
well God as first maker of course ,of lamb and of tyger, but we too can be makers beyond expectation in the mystery of art...and thanks to Spectral Arts for showing a way...
-Bishop Seraphim Sigrist, Transfiguration Fellowship
May 2021 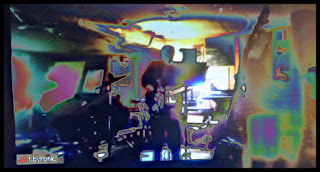 Posted by Studio Appalachia at 9:36 AM No comments:

I remember starting out back in 1985 in a local cover band (The Stand) and even then there seemed to be more off campus places to hold a show. After being in a short lived band with Will Simmons of Milkbadger and Bees Make Honey, I was asked to join Crayon as a singer in '89 (before the band became Blindspot). That was an amazing time and my exposure to the artists in that band (Scott Flory, Duncan Macomber and Yax Lacey) proved invaluable. I also ended up meeting our drummer of over 20 years in that band (Doug Eagle V.) and after a period of time in an alt rock band called Dirty Pictures (featuring D.W. Baugh on drums and Adam Hodge on Guitars), Doug and I began recording performance poetry using a 4 track as The Spooks in early '93. At that point we focused on doing XYZ benefits and local gallery performances and they have been our primary venues since then. We have worked/recorded with a few guitarists (also under the name the Spiritworld).-2009Crayon was a major template for us in later bands and the first band in which I was encouraged to actually sing my poetry during performances. Joining the band was something like being asked to play in Nirvana at the time for local musicians. Crayon gave us new courage to move forward and explore in later bands as well and there would never have been a Spectral Arts had we not had some role in Crayon in our early days together. We had somewhat of a (surprise) Crayon reunion this evening at our studio when Scott Flory arrived with his guitar (our last jam together was in 1993 with Duncan Macomber on Bass and Butch Lazorchek on drums). I mentioned to Scott that I had been trying to tell my band mates the significance of our early work with Crayon for years, but after he played a few songs with our group I think they understood. Crayon was a band that changed our lives forever.-2013

Spectral Arts and Project Morning Star are the last incarnations of the early work we began in 1989. The spirit of Crayon has permeated those bands in regard to how we have approached our music collectively and in terms of artistic openness and spontaneity. What we learned about working together creatively has carried us forward 30 years now. God has given us a joy and love we have for creating with one another musically and that has endured.

Posted by Studio Appalachia at 12:21 PM No comments: 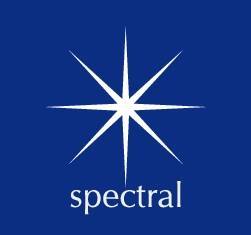